Originally built in 1906 by Mary Harkness’s brother-in-law William and sister Jessie Stillman Taylor, the Eolia Mansion was designed by the New York architectural firm of Lord and Hewlett. The Mansion’s cement building blocks, “a technological innovation” were formed on the property. In past centuries, homes were often far from fire stations or water sources. Consequently, many structures burned including some in the Goshen Point environs. Cement blocks were considered both  “fire proof” and economical.

Lord and Hewlett designed Eolia in the “Italian Villa/ Renaissance” style with vaulted ceilings and a dark palette. Edward and Mary sought to bring a lighter neoclassical feel to the Mansion’s interior and hired James Gamble Rogers to renovate.

James Gamble Rogers
James Gamble Rogers was the Harkness’s primary architect.  He not only renovated Eolia’s first floor in 1912, but designed other buildings and structures on the estate, notably the Carriage House and the Pergola. His first commission for the Harkness family was for an elegant residence on 75th and 5th in New York City. Anna Harkness gave this beautiful home to her son Edward and his bride Mary as a wedding gift. Gamble Rogers also designed buildings that Mary and Edward would donate to different universities and medical facilities.   The Harkness Tower at Yale and its Memorial Quadrangle, as well as the Harkness Chapel at CT College, were his creations. 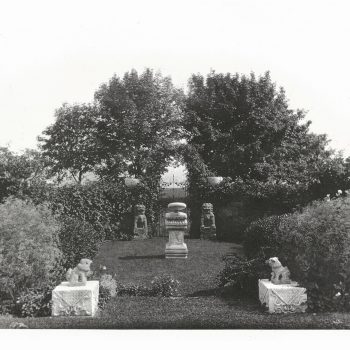 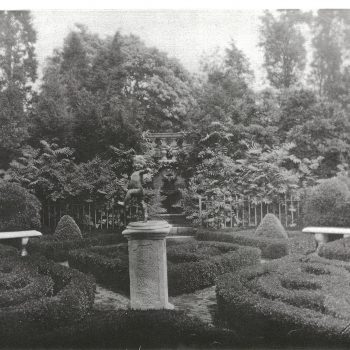 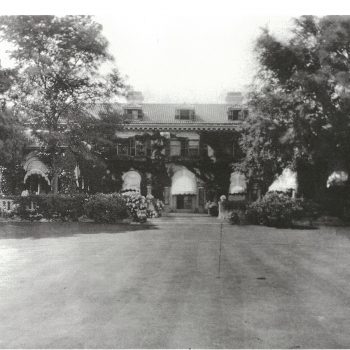 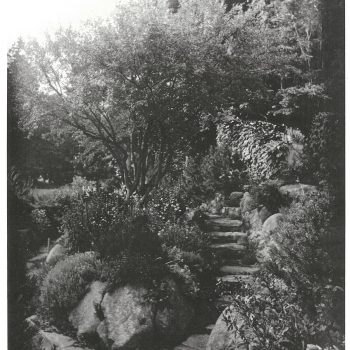 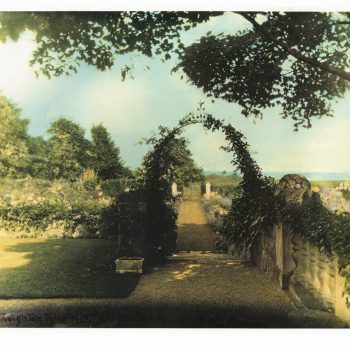